RANSPORT Secretary Chris Grayling is always ready to denounce RMT members for what he calls irresponsible strikes, ignoring the reality that their action is taken to defend passenger and staff safety. 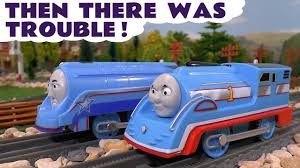 Yet the cat seem to have got his tongue in response to evidence submitted by the Disabled Persons Transport Advisory Committee to Department for Transport managing director of passenger services Peter Wilkinson.

Wilkinson was warned directly two years ago that dispensing with a second safety-critical member of onboard staff would be dire for disabled and older people.

This is doubly so for people suffering from acute anxiety and mental health issues.

Why did the Department for Transport not publish this worrying advice when it was received in 2016? More critically, why did it not act in accordance with it?

Grayling has been single-minded in his pursuit of so-called driver-only trains, misrepresenting RMT opposition as based on job protection and workers’ income.

There is nothing unworthy about defending either jobs or living standards, but that is not what RMT is about in this instance.

The union’s position is a lot more honourable than the Tory government’s obsession with making a financial success of rail privatisation, where profits keep private shareholders in the lap of luxury and government subsidies can be reduced.

This means that the strain must be taken by passengers and staff, in terms of rising fares, reduced spending on staff wages and, if necessary, a “manageable” level of lower safety provision.

When companies such as South West operate on a network where 70 per cent of stations are unstaffed, how are elderly or disabled people expected to get onto trains?

Tory misrepresentation of the dispute over maintenance of guards, eagerly lapped up by the corporate media, suggested that it was simply a dispute over whether the guard or driver pushed a button to close doors.

This shows the contempt right-wing politicians and media have for working people, their trade unions and vulnerable members of society that the government is happy to see falling through the cracks in the quest for profit.

In the event of an incident in which the driver is either injured or has to leave the cab, the guard has responsibility for giving leadership to passengers and taking account of any special needs.

What lies in wait for passengers, especially elderly people or those with mobility problems in such circumstances?

It is not just the Disabled Persons Transport Advisory Committee that has laid bare the problems facing older and less fit passengers.

The Train Operators Railway Safety Standards Board has made clear that ever-expanding DOO will force disabled passengers to book assistance in advance, further restricting the accessibility of the network to all citizens.

Even the Rail Delivery Group accepts that there should always be “onboard staff available to assist passengers at unstaffed stations.”

How can this be achieved when the government is driving through DOO, even guaranteeing operators’ profits in the event of strike action?

When RMT general secretary Mick Cash accuses Grayling of having “a callous and criminal disregard for the needs of vulnerable passengers,” he hits the nail on the head.

They are simply numbers on a balance sheet, representing possible profits for the private train-operating companies and their corporate shareholders.

Campaigners, trade unions and the opposition in Parliament must keep up the clamour to not only expose the inhuman nature of the Tory plans but to demand an election to replace them with a Jeremy Corbyn-led Labour government.

This article appeared in The Morning Star, 1st August 2018

RMT General Secretary, Mick Cash said:
“Here we go again, yet another rail franchise heralded by the Government as the best thing since sliced bread being plunged into managerial chaos with crisis measures now afoot to try and stave off a collapse of the services on Britain’s busiest commuter train network in and out of Waterloo.
“RMT is in no doubt that the moves to axe guards and rip apart the safety culture, the issue at the heart of the current dispute, is fuelled by a demand to claw back cash to prop up gaps in the MTR/First Group financial projections for the franchise. It’s about time passengers and staff alike on this crisis-torn rail franchise were told the truth and there is no question that the Government and Chris Grayling are once again up to their eyeballs in this one as well.
“Our members are striking again from Thursday ( 24th  to put public safety before private profits and it’s about time SWR took note of what is going on elsewhere in the rail industry, and the settlements RMT has struck that underpin the guard guarantee, and started talking with us seriously around a similar package that puts safety, security and access to services top of the agenda.
“This rolling crisis in Britain’s privatised rail industry will fuel the growing and unstoppable campaign for public ownership.”