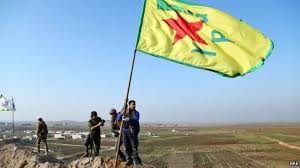 US troops, in common with all other armed forces operating inside Syria in defiance of the Damascus government, are there in breach of international law.

So when Pentagon officials tell the CNN news broadcaster that the Trump administration is planning a “full” and “rapid” withdrawal of its troops, this should be good news, but some questions need answering.

Involvement by the US, its Nato allies and by the Saudi-led Gulf Co-operation Council was essentially based on their shared desire to overthrow the Syrian regime of President Bashar al-Assad as means of weakening and isolating its ally Iran.

Recruits, weaponry, transport and other logistics found their way into Syria from Turkey, Iraq and Jordan to equip so-called rebels variously termed moderate or extremist, although the equipment and the personnel have changed hats with baffling frequency.

Washington also offered air cover to the effective anti-jihadist fighting troops of the Kurdish people’s protection units (YPG) which not only drove back the Islamic State (Isis) fanatics but competed with the Syrian army to occupy liberated territory in Deir Ezzor province, adjoining Iraq.

Joining forces with the Syrian army to defeat Isis definitively has been discouraged by the US and the Kurds have also had misgivings about negative government statements regarding autonomous Kurdish enclaves.

The YPG has relied hitherto upon Washington to persuade Ankara not to invade the Kurdish-held areas of northern Syria, but this could be about to change.

Turkish President Recep Tayyip Erdogan said on Monday that US President Donald Trump had responded positively to Turkey’s plans to launch an offensive against the YPG on the eastern side of the Euphrates River, which he had flagged up last week.

The US State Department claimed that Erdogan’s comments were mistaken, claiming the US is focused on reforming the Syrian government and “the international process that gives everyone a chance to live in Syria.”

However, Trump’s tweet today appeared to contradict this — “We have defeated ISIS in Syria, my only reason for being there during the Trump Presidency.”

And while Isis forces have been driven from major towns and villages in Syria, a US Defence Department inspector general report has put the number of the death cult’s members in Syria and Iraq as still as high as 30,000.

If Erdogan’s comments about Trump’s alleged positive response to a further invasion of Syria on the eastern side of the Euphrates River were not a “misstatement,” Turkish attacks on the YPG could only give encouragement to Isis.

Sputnik, the news agency, website and radio service of the Russian government’s Rossiya Segodnya network, has reported former YPG official spokesman Rezan Hedo as saying that another Turkish incursion in the Manbij region could force a transfer of troops from Deir Ezzor to the advantage of the jihadists.

While US Defence Department spokesperson Cmdr Sean Robertson has said this unilateral decision by Ankara would be unacceptable, what could prevent it?

Erdogan finds himself an object of desire of the US, Russia and the European Union for a variety of reasons at present.

Washington wants a powerful Nato ally as a counter to Syria and Iran, Russia is benefiting from trade and investment opportunities arising from poor US-Turkish relations after US rejection of Ankara’s extradition warrant for cleric Fethullah Gulen and the EU is wary of disrupting its Fortress Europe agreement with Turkey to prevent refugees from war and poverty reaching Greece.

Peace campaigners have a duty to speak out urgently to demand governments make clear to Ankara that a further invasion of Syria is unacceptable.

This article appeared in The Morning Star, 19th December 2018.

Isis is defeated. What now?