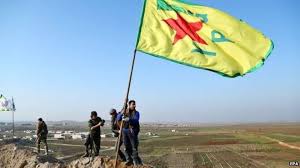 The caliphate is no more! Or so we are told.

Trump has claimed this triumph as his own and US air cover for its soon-to-be-betrayed Kurdish allies has given the US some leverage in the complicated politics in which Turkey and Saudi Arabia compete for regional leadership.

The caliphate was an odd kind of state. It demanded unquestioning loyalty from the population it held, taxes were raised and spent. Laws were applied with a rough consistency and diplomatic relations maintained with its patrons. Chief among them is numbered Saudi Arabia, the origin of much funding — conveniently delivered from “private” sources among the princelings — and Turkey which provided a porous border and a market for oil extracted by the various contending jihadi militias

Turkey and Saudi Arabia reportedly were among those providing military hardware the first origin of which, according to both journalists and the Syrian and Russian military, was in Nato countries.

Israel, which takes an extremely pragmatic view in choosing its international partners — in the past these have included murderous Latin American dictators, apartheid South Africa and various US-sponsored counter revolutionary murder gangs in Southern Africa — has apparently provided medical and rest and recreation facilities for Syrian insurgents.

A window was briefly opened into this murky world when Tory Overseas Development Minister Priti Patel was forced to resign after holding undisclosed meetings with Israeli officials in which British support for this Israeli aid to the forces fighting the Syrian government was mooted. A decidedly unethical use for NHS expertise.

Apart from its military strikes against pro-government forces in Syria, Israel has, according to the Wall Street Journal, laid on cash, food, fuel and medical supplies to its chosen proxies among the insurgents.

But the caliphate was never going to survive as a physical entity. Its short-lived survival was only possible because of the extreme dislocation that successive imperial powers have visited upon the region and the patronage it enjoyed.

Maintaining a constant state of war and disorder is the central pillar of US, British and French policies in the region.

The apocalyptic predictions of a blood bath as this final strip of Isis territory would fall have not quite come about. The fighting has been bitter and in the blitzed territory along the Euphrates and by the Turkish border normal life is not going to revive any time soon. Apart from the surviving Isis fighters, Hayat Tahrir al Sham, al-Nusra and al-Qaida all have a presence. Turkey’s border control regulates their operations while Erdogan has his own proxy force made up, it is said, of rebadged elements from the constantly shape-shifting world of Sunni insurgency.

Syrian society has survived and displays a capacity to recover its integrity as a secular state in which normal political processes can resume. This always going to be a provisional state of affairs so long as foreign and imperialist interests are engaged and oil flows from the ground. Syrian society will never achieve everything that is humanly possible without a political settlement which enables every confessional community a full role in government.

Syria, like other countries in the region, has a set up in which class politics intersect the confessional make up of the society. The regional tragedy is that imperialism has — right from before the formation of states with their present borders took place — worked to maintain foreign domination and still does.

A peaceful ethical foreign policy, if adopted by a left-Labour government would be a powerful driver for regional stability and popular sovereignty but will meet extreme opposition from the energy monopolies, their banks and the full spectrum of forces they can call upon. First division imperialism plays at home and away.

This article appeared in The Morning Star, Monday 25th March 2019