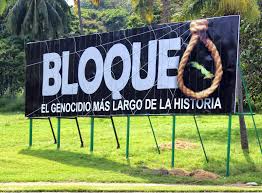 Liz is also a member of the Executive of the SW Region TUC.
She recently went to Cuba, at the invitation of MOVPAZ, the Cuban section of the World Peace Council, for an international seminar on peace and the abolition of foreign military bases, held in Guantanamo city. She also went to an event at Caimanera, the Cuban community closest to the US military base at Guantanamo.

The recent threat by President Trump to invade Cuba, and his attempts to cut off Cuba’s oil supply from Venezuela, make this an urgent matter. Most of Britain’s trade unions are affiliated to the Cuba Solidarity Campaign because they understand the importance of Cuba’s independence for us all.

Organised by the Somerset Branch, Communist Party of Britain.

A fighting speech for world peace.