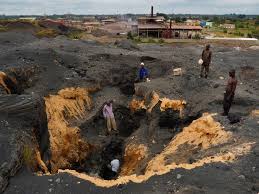 Christmas dinner around the Johnson family table should be fun.

Big sister says her brother’s Brexit rhetoric is “reprehensible,” the PM’s girlfriend will meet the whole family including brother Jo, who resigned from his ministerial post, citing “unresolvable tensions.”

And now Old Man Stanley Johnson has joined the Extinction Rebellion “crusties” and a possible yoga session on Westminster Bridge.

It all goes to show that the rich are just like the rest of us, although, of course, they have more money.

But money is no use when the planet is burning. The sun shines on all of us equally and climate change is no respecter of persons, no matter how elevated their social status in our class-divided world.

Actually, because of the way they get their money, the rich are not very much like the rest of us. We have to work for our living and the rich, who may choose to occupy their days with meaningful activity, are not obliged to offer themselves for work.

And it is here that the principal problem facing the climate change campaigners is located.

The way the rich get to be rich and stay rich is the main reason why it seems so difficult to get effective action on climate change.

According to analyst Richard Heede at the US-based Climate Accountability Institute, 35 per cent of all greenhouse gas emissions are down to 20 fossil fuel corporations.

The top state-owned oil enterprise is Saudi Aramco — the revenues of which underpin the power and wealth of the ruling (and murderous) Saudi kleptocracy — and it’s responsible for 4.48 per cent of these emissions.

Chevron, Exxon, BP and Shell are the top investor-owned corporations responsible between them for 10 per cent-plus of the problematic emissions.

It is the corporate scramble for profit that has driven the fossil fuel industry for decades and until these powerful entities — and the rich people who take the profits — are made accountable to popular political authority acting for the common good, then protest is not enough.

The important thing about it is that it has caught the imagination not just of young people but a wide cross section of the population who have come to understand the need for a radical redirection of government policy.

The three demands of Extinction Rebellion are simple, intensely political and directed at government.

First, the government must tell the truth by declaring a climate and ecological emergency, working with other institutions to communicate the urgency for change.

Second, it must act now to halt biodiversity loss and reduce greenhouse gas emissions to net zero by 2025.

And last, it must create and be led by the decisions of a citizen’s assembly on climate change and ecological justice.

The first is achievable even if the actions of governments on these kinds of questions rarely matches their rhetoric.

The second is only remotely feasible with a through-going revolutionary transformation of the basis of political power.

The third is highly improbable given the reluctance of governments to surrender decisive power to ad-hoc institutions, however popular they may be.

The working class, the only class with zero interest in profit, needs to find a common language with the contemporary climate change movement and this must be grounded in a practical politics which takes into account both the science and the realities of class power in Britain and the world.

Is it possible to stop the destruction of our planet if capitalist relations of production remain intact? And if not, what must we do in the time frame available?

This article appeared in The Morning Star Wednesday 9th October 2019.