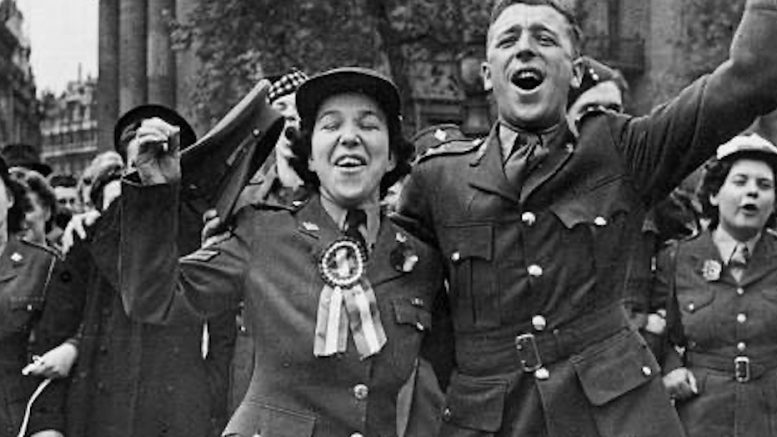 “Today is a special day. A day to celebrate with joy the triumph of democracy, independence and liberation in Europe over the deadly force of fascism, on May 8 and 9, 1945.

We remember the sacrifice and continued to be inspired by the wonderful generation of our parents and grandparents who endured such privations and terror, from saturation bombing to incarceration in camps as far away as Burma, and who gave their best, and often their lives, so that the peoples of Britain and Europe could be free of fascism.  Some who clearly remember such events remain in the ranks of the Communist Party today, and we send our thanks and special greetings to them.

The current crisis of capitalism, over-layered with the COVID-19 pandemic which capitalism has exacerbated, should make us all stop and reflect on the continuing danger of the profit-driven system that brought Hitler to power, to set him against the Soviet Union and to enslave the peoples of Europe.

So, today, we communists celebrate the ‘People’s Anti-Fascist War’ and the Soviet Union’s ‘Great Patriotic War’, we salute the war-time alliance of the citizens of Britain, the USSR, China, France and the USA and we urge every working-class family to take up the struggle to fulfil the aspiration of 1945, by forcing capitalism aside, and bringing socialism to the nations of Britain”.