The Communist Party of Britain condemns the repressive actions taken by the Spanish government to halt the independence referendum in Catalonia.  It sends its solidarity to the Communist Party of Spain, the United Left and other progressive forces who gathered over the weekend at the Assembly of Representatives in Zaragoza to assert and defend the rights of the Catalonian people to hold a referendum on their national future.

It notes the long standing policy of the Communist Party of Spain to support the recognition of the national rights of the peoples of Spain within a federal structure that can maintain the progressive unity of the working class and its allies against the forces of Spanish monopoly capital represented by the Spanish state.  The Communist Party of Spain pledges itself to campaign against any authoritarian, anti-social and centralising solution imposed by the current right-wing government in Spain.

The Communist Party of Britain reiterates the right of all nations to self-determination and for this right to be exercised, as Lenin argued, on terms that seek to strengthen, not weaken, the power and unity of the working class and its allies against capitalist state power.  The form that this will take must depend on specific circumstances, understanding that today major aspects of capitalist state power are exercised through multinational institutions such as the European Union.  In this battle to enhance the strength of the working class and its allies, we must defend our existing democratic institutions, gained through past struggle, and free them from the pro-capitalist restrictions imposed by the EU.  But, as Communists in Britain have long argued, they must be supplemented and strengthened by national parliaments and regional assemblies that can mobilise working people to assert their power over that of big business and the market, to plan and invest in economic development on behalf of the people. 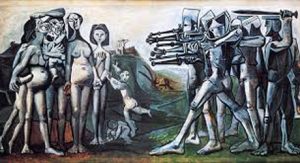 Be the first to comment on "Statement from the Communist Party of Britain on the repressive measures by the Spanish State in Catalonia."