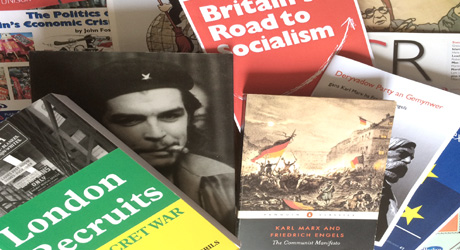 The late Buzz Johnson founded Karia Press to promote progressive ideas from within the Afro-Caribbean community in Britain. Claudia Jones was born in Trinidad in 1915 and moved to Harlem as a child of 8 years old. She joined the Communist Party of the USA and was jailed under the notorious Smith Act. She was deported to the UK in 1956 where she joined the Communist Party and fought for workers’ women’s and black people’s rights. She died in 1964 and her ashes are buried close to Karl Marx’s grave in Highgate cemetery.

Perhaps rather than reviewing I’ll simply copy out the contents page. This should encourage you to buy this remarkable book. You can get copies at a reasonable price.