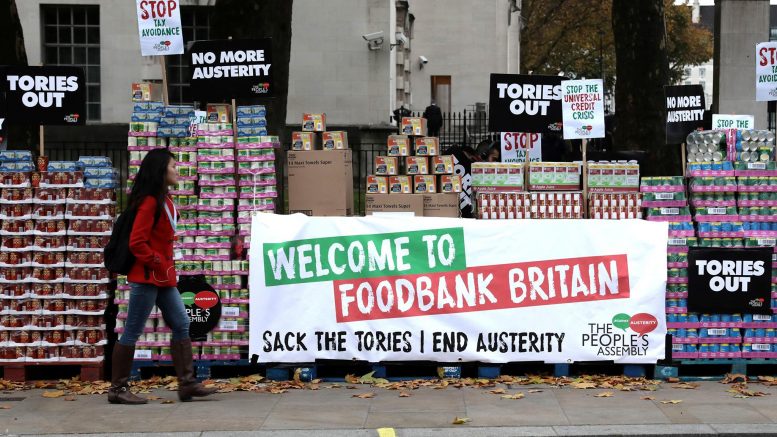 Rival narratives on Labour’s defeat are a bid to shape the course of its next leadership election.

The Labour right’s fight will be as ruthless as has been its constant attempts to undermine and derail the Jeremy Corbyn leadership since 2015.

But despite what the right might want, Corbyn’s more obvious enemies are not well placed to win a leadership contest — though many in the Parliamentary Labour Party will be manoeuvring to try.

Labour’s mass membership is committed to the socialist manifesto. Members are also painfully aware of the role Corbyn’s PLP critics have played over the last four-and-a-half years, and the way their constant attacks on the leader contributed to last week’s terrible result.

Rightwingers hoping that election defeat will panic the members into endorsing a rapid return to Blairism will probably be disappointed.

The likely contest, then, will be between wings of the party that can claim a record of loyalty to the Corbyn leadership, having not openly rebelled. But even then the political choice will be significant.

There are shadow cabinet members who are committed to a socialist transformation of the country. Some of these also explicitly warned against moving too far to a Remain position.

And there are shadow cabinet members less associated with the Corbyn project as such, some of whom were very close to the People’s Vote campaign and pushed Labour to both back a second referendum and commit in advance to campaigning in it to Remain.

A victory for the latter faction would entrench Labour’s difficulties as a London-centric party, and could even keep the party trapped in a futile association with Remain.

It would also probably entail a rapid retreat from the internationalist aspects of the Corbyn leadership, and a dilution of the radicalism of its domestic agenda.

Preventing it requires political work, and is one reason the whole left is indebted to Corbyn for not caving to demands that he quit immediately and allowing the party time to prepare for the next leadership election.

The Leave Fight Transform (LeFT) meeting in Manchester at the weekend was therefore important.

It is easy for Leave-supporting socialists to try to blame “the Labour leadership” for adopting an anti-Brexit narrative that cost it the election. But it isn’t helpful.

Corbyn was manoeuvred into backing a second referendum over years, under pressure from MPs, members and some trade unions.

The Leave-supporting left cannot escape responsibility for our failure to win significant support throughout the labour movement, meaning Corbyn had little leverage to resist the disastrous position being thrust on him.

The work of the LeFT campaign on political education becomes ever more important as a result. And not just because of the coming leadership contest.

Support for the EU in the labour movement can be cover for a fundamentally defeatist approach to our own ability to organise, fight and win for workers, relying on supranational institutions to protect us from our own governments.

That passive approach to trade unionism will not serve us well in the bleak period ahead.

Already national strike action is essentially illegal; as the recent CWU ballot showed, even if a union manages to jump through all the hoops imposed by anti-union legislation, and win 97 per cent backing for a strike in a vote in which a huge majority of workers participated, judges will strike down the action on the flimsiest of pretexts.

And the Johnson government will intensify the repression of trade unionism; it even included a plan to effectively ban strikes on the railways in its manifesto.

The hope that we were on the cusp of a government that would end that repression has been cruelly dashed. That means we need to develop strategies to fight and win for workers in the face of hostile and oppressive state power. Nobody is going to save us from Boris Johnson except ourselves.

This article appeared in the Morning Star 16th December 2019.

Time should be up for the Tories’ fifth column in Labour