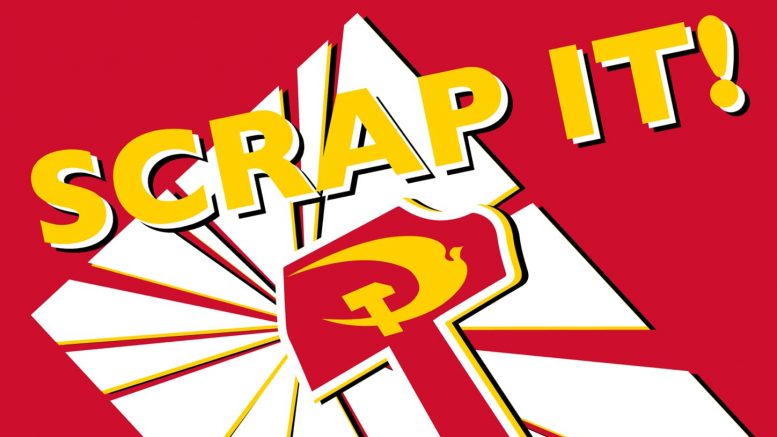 The many hundreds of people out on the streets of Bristol, demonstrating their anger against the Crime and Policing Bill, is the natural response to what is seen as a massive growth in the power of the police and the state attempting to silence those fighting for justice, says Bristol, Bath and Gloucester Communist Party.

The violence that has erupted at these demonstrations has far more to do with the police tactics adopted, than any irrational behaviour; and the fact that the police response was very different to that used after recent football events, underpins the reality of the political nature of the State’s intervention.

Local Comrades involved at the very centre of the events in Bristol have confirmed that the demonstration was peaceful for several hours before violence broke out, and that this was primarily a reaction to police aggression, despite media reports to the contrary.

The increasingly hostile approach by the State to recent actions, whether fighting for women’s safety on the streets, Black people’s rights, climate justice and now against the introduction of the most restrictive set of laws governing our right to protest, is a clear and developing theme. Its use of Covid legislation to deal with public unrest in every instance apart from the pandemic is indicative of desperation in the face of peoples’ legitimate demands.

We must ensure we mount a sustained and coordinated response. We urge wholehearted support for action on the street in the fight to defend our right to protest!

The London Recruits and South Africa’s Fight For Freedom