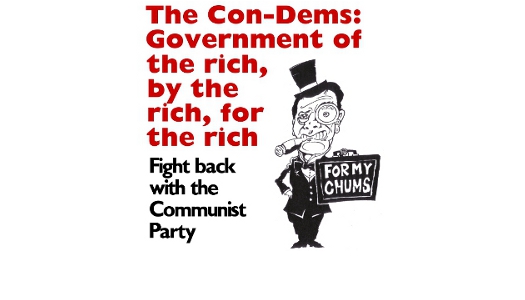 A key part of setting Britain on the road to socialism is the promotion of an Alternative Economic and Political Strategy. Its starting point must be to identify the objective basis for building a broad alliance across a wide range of movements that would open the road to socialism. This can only be opposition to the policies of state-monopoly capitalism in Britain.

Key elements of the alternative strategy will give direction to all those fighting against right-wing policies and the capitalist monopolies, adding to their confidence and combativeness as realisable advances are won.

For social justice and culture