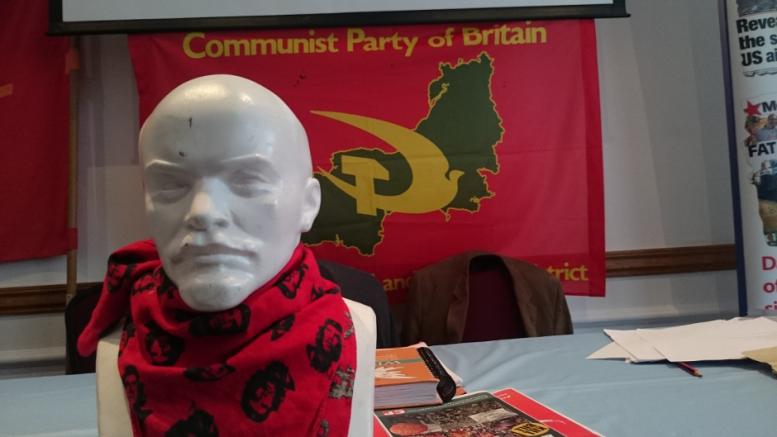 “When the date was set for the 3rd congress of the South West England and Cornwall District of the Communist Party, no one could have predicted the political situation we would find ourselves in.” These were the words of Liz Payne, our District Chair, as she opened congress last weekend (18th of October). She was referring, of course, to the election of Jeremy Corbyn as leader of the Labour Party and the great victory for the left that this represents.

Delegates met in Exeter to discuss the current political situation locally, nationally and around the world. Resolutions covered topics from the Tory attack on trade unions, the Labour Party leadership election and the NHS through to local elections, foxhunting and the badger cull.

The congress began by standing in silence in memory of comrades Trudi Gurling and Edna McGregor who had died since the last congress.

In discussing the activity of the Party in SW England and Cornwall since the last congress, everyone was justifiably proud of the role Communist Party members had played in a wide range of activities. Highlights included the general election campaigns of each of the Devon branches, the increasing influence of our members at all levels of the trade union movement, our public events and meetings, our presence at the Tolpuddle Martyrs’ Festival, our support for the Morning Star and countless individual actions in building broad alliances across the left, rooted in the working class.

The range of our work was reflected in the delegates attending. In the room we had active members of CND, Stop the War, Cuba Solidarity, Venezuela Solidarity, Palestine Solidarity, CODIR (for Iran), Liberation and the People’s Assembly, with the trade unions taking pride of place.

Finally Rob Griffiths, General Secretary of the Party, brought greetings to all comrades in the District from the Executive Committee and said that we should never underestimate the impact that our work has. The Party, he said, always punches above its weight and he was impressed by the amazing variety and quantity of political work that our members do. The movement that had arisen to elect Jeremy Corbyn, he said, was a vindication of our party’s programme Britain’s Road to Socialism. He quoted Tony Benn’s remark in the late 1980s, when the old CPGB was abandoning the struggle and the new CPB was just getting started, that “there is a big hole in the labour movement where the Communist Party used to be”.

It’s a hole that our District is striving to fill in our region. Immediately after the congress, the new District Committee met briefly. It re-elected Liz Payne as District Chair and Ken Keable as District Secretary.

You can read all of the resolutions passed at the congress on the following page: Congress 2015 Resolutions.