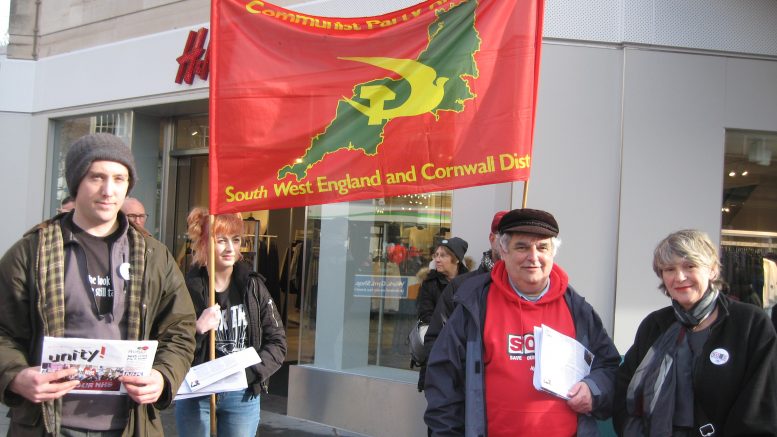 On Saturday 3rd Feb comrades from across the South West District attended  rallys in support of the NHS and to highlight the consequences of an increasingly privatised health service. As Ramona McCartney of the Peoples Assembly stated,

“As we mark the NHS 70th birthday, we have to build a movement that fights to defend it. We need to reverse the tide of cuts and privatisation. We need to end pay restraint for NHS staff and we need to build a fully funded, publicly owned and provided NHS and social care service. We need our NHS more than we need the Tory government.” 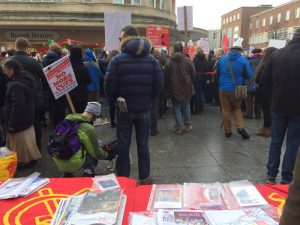 In Exeter city centre comrades set up a stall and distributed one hundred copies of The Morning Star that had been provided by Unite, and handed out copies of the February edition of Unity! In addition to selling Party literature to the sum of £32. 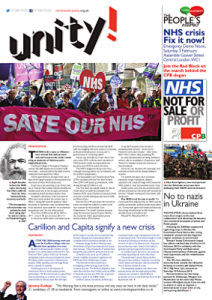 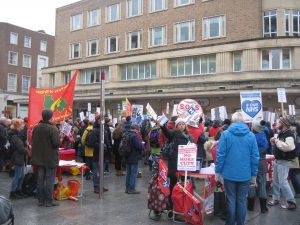 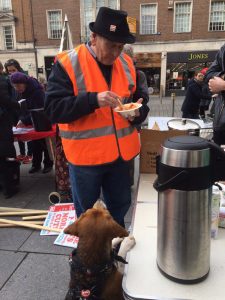 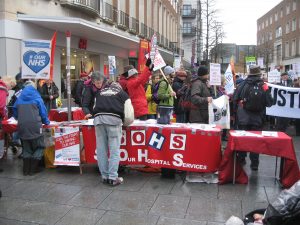