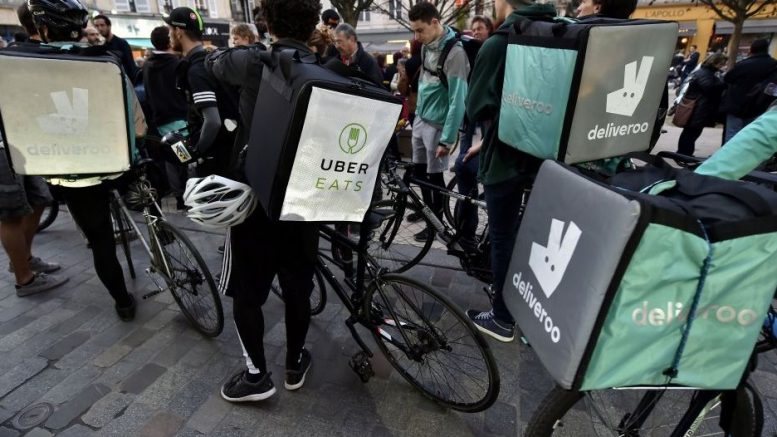 Government willingness to take forward 52 of the 53 recommendations in the Matthew Taylor’s review into working practices confirms the original document as pretty thin gruel.

Business Secretary Greg Clark claims that the government will “address very clearly” the rights of those in insecure work, but only by reminding workers and their employers of already existing law.

Useful but hardly earth-shaking, especially since this modest-to-a-fault approach abandons 1.8 million workers to a life in employment without such rights as sickness and holiday pay.

The government boasts of going further than Taylor by enforcing holiday and sick pay entitlements, giving all workers the right to demand a payslip and allowing flexible workers to demand more stable contracts.

It promises monitoring of the quantity and quality of jobs in the gig economy, together with making flexible workers aware of their rights.

It also dangles the carrot of the Low Pay Commission maybe considering a higher minimum wage for workers on zero-hour contracts and moots repeal of legislation allowing agencies to employ workers on cheaper rates.

People can’t live on dangled carrots and hints that further action might conceivably be taken in the sweet by and by.

The government was supposed to be tackling the scourge of the gig economy, where workers are treated as though self-employed but are largely or totally in thrall to a single employer.

This growing threat, designed to boost profitability by absolving employers from responsibility to meet minimum standards is touted as a mutually beneficial “flexibility” and Taylor has accepted this false picture.

Sharing Economy UK chair Richard Laughton persists with this fiction, claiming that “many people hugely value the flexibility that platforms provide,” omitting the reality that “many people” equates to “many employers.”

While some participants, particularly students, may be enamoured of flexibility, most workers want either full-time employment or at least a set level of payment guaranteed to enable them to meet rent and other unavoidable commitments.

Suggesting, as Laughton does, that simply “knowing when they are to be paid will help individuals make informed choices” misses the point.

Waffling on about entrepreneurship, participation and flexibility is meaningless without workers having some level of security.

As TUC general secretary Frances O’Grady makes clear, nothing that Taylor recommends or that the government lays down will end “the hire-and-fire culture of zero-hours contracts or sham self-employment.”

As with the “lump” introduced into the building industry a generation or two back, the gig economy can have a short-lived and illusory appeal to workers, especially when an initial glut of demand appears to pay above the national minimum wage.

The crunch comes when the stream of work dries up, they can’t work through ill health or have to take a break because of family commitments and realise there is no fallback in pay or benefits.

The government has clearly used the Taylor report in time-dishonoured fashion as a means of deferral to kick real and effective oversight of the gig economy further into the long grass.

Shadow business secretary Rebecca Long Bailey may have brought on a fit of the vapours for the Tory front bench — and one of two erstwhile denizens of Labour’s — when she asserted the crying need for involvement of workers through their trade unions.

Trade unionism remains the strongest potential guarantee that workers’ rights will be defended until such time as a Jeremy Corbyn-led government will pass appropriate legislation to plug these holes opened up by unscrupulous employers.

This article appeared in The Morning Star Thursday 8th Feb 2018