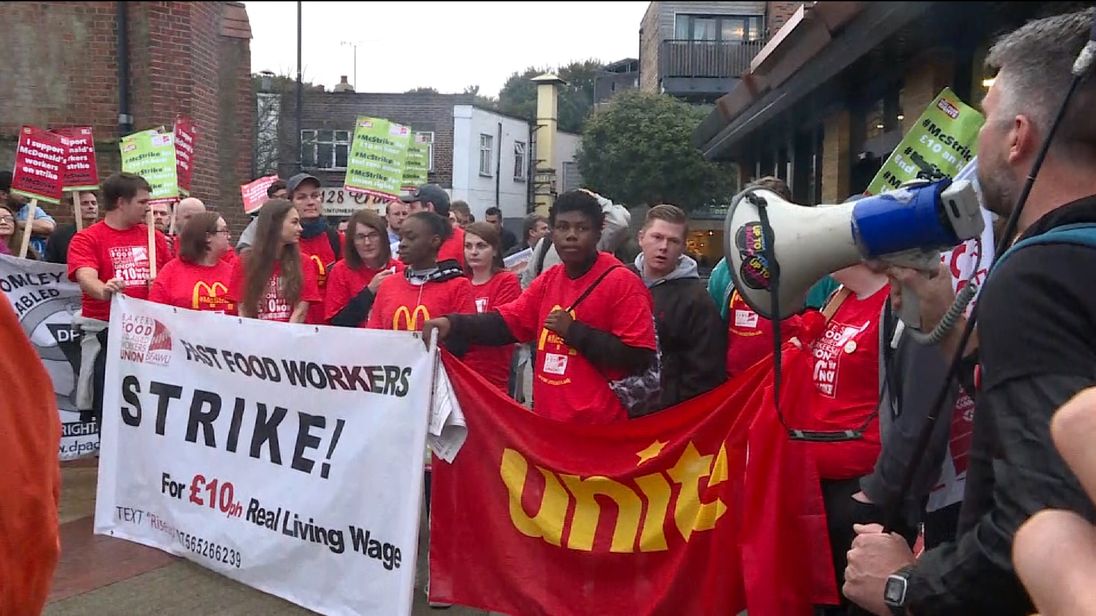 With privatisation and casualisation advancing across the public sector and precarious work increasingly becoming the norm in huge sections of the private sector, particularly wholesale and retail, victories for workers are few and far between.

Against a backdrop of declining union density and power, such victories, including by IWGB members, by GMB members at Uber, by BFAWU members at McDonald’s and others, raise urgent questions for the movement.

Why are recognition victories so infrequent? Mobilisation theory puts a sense of injustice at the heart of union organising.

There is plenty of injustice in our society, especially among casualised workers, so why are we as a movement failing to build on that sense of injustice and transform it into union organisation?

Is it because we have become too used to balancing raising aspirations with managing expectations?

When the TUC first introduced an organising model, it went hand in hand with social partnership — organise workers for “bad” employers and build partnerships with “good” employers.

Such an approach simply doesn’t recognise the reality of an economic system where the fundamental interests of workers and employers are opposed.

And it isn’t focused on building genuine power for working people. Or are we wasting too much energy on competitive recruitment and inter-union disputes when the majority of the workforce remains unorganised?

Does the TUC, and the movement, need to look again at the way organising of unorganised workers is co-ordinated? Can we find new models for collaborative work between unions across the private and public sector?

The broad picture of British trade unionism is a complex one, with a mixture of general, industrial and craft unionism coexisting uneasily.

Do we need a fundamental rethink of how we organise ourselves and how we reach out beyond our existing ranks?

Have we simply become too complacent? Have we become comfortable with how we currently “do business” and stopped learning?

Surely we need to learn, both from the agile innovation of smaller unions and from the sophisticated leverage strategies of larger unions.

Crucially, how do we develop the strategic capacity to build and make use of union power?

In his study of the United Farm Workers in the US, Marshal Ganz talks about the importance of motivation, access to salient knowledge and the responsiveness of decision-making processes as contributing to a union’s strategic capacity.

Maybe we need to consider how effectively our current structures meet these challenges.

What is our relationship to the wider community and to community organising? As every aspect of our lives is increasingly commodified, should we be paying more attention to organising workers outside the workplace than we currently do?

If so, how do we balance potential tensions between the fight to defend and improve pay and conditions and community campaigns with broader, political aims?

And, most fundamentally, how do we link organising against today’s injustices to the wider struggle for a different vision of society?

These questions may be complex, but they are not purely philosophical and are certainly not questions to be answered in some distant future.

They are immediate questions for today’s movement. It is only by answering them that we can halt the decline in trade union power and begin to build and alternative future.

We must celebrate our victories, but we must never stop asking ourselves how to build on them and develop the strength and power our movement needs to offer a real alternative.

This article appeared in The Morning Star, 2nd March 2018