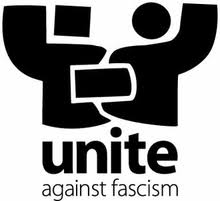 THE vicious attack on RMT assistant general secretary Steve Hedley raises important questions that anti-racists, the labour movement and the left ignore at their peril.

Most immediate is the need for solidarity with a trade union leader who is a staunch working-class anti-racist and anti-fascist.

He embodies the political awareness and determination that must be created throughout the organised working-class movement to oppose anti-foreigner, anti-Muslim and anti-immigrant hatred.

Mass organisations such as the trade unions and the Labour Party must make the highest priority of educating and mobilising their members and supporters to demonstrate their opposition to xenophobia, racism and the fascists who promote and manipulate such prejudices.

Almost certainly, there were trade unionists among the thousands who took to the streets last Saturday and on the weekend before last to demand the release from prison of Stephen Yaxley-Lennon, alias “Tommy Robinson.”

Many of those protesters are affiliated to football crews which have long been targeted by fascists for racist incitement and political radicalisation.

As Hedley himself pointed out in his speech to last Saturday’s counter-demonstration, by no means all of them are fascists — yet.

Yet it should be a major concern for the labour movement and the left that the hardcore racists and fascists in Britain are proving capable of turning out working-class people in their thousands.

Turning out counter-demonstrators in far larger numbers is important, although this requires much greater involvement of the trade unions and cannot be done on the basis of knee-jerk reaction to every far-right event.

Even so, mass mobilisation on the streets will not be enough. The labour movement and the left have to address the concerns of the millions of working-class people who are sincerely worried about jobs, pay, housing, the NHS, personal safety and other vital necessities that they wrongly believe are threatened by immigration, migrant workers or Muslims.

Class politics is the only ideological basis on which mass misconceptions can be combated convincingly.

Experience also demonstrates that has also been chiefly responsible for winning working-class people away from organised fascism.

Simply denouncing everyone who turns up at a far-right event as “nazis” or “racist scum” achieves nothing, other than driving more working-class people into the camp of the real, organised and dangerous fascists.

Branding support for Brexit as automatically “racist” divides the anti-racist movement as well as being idiotically inaccurate, especially when detailed polling indicates that anti-capitalist opinion is equally divided on the issue.

Even more counter-productive is the increasing tendency for groups of black-clad and masked anarchists to attend anti-far right protests to engage in deliberately provocative actions.

Unfortunately, their courage all too often outstrips their street-fighting skills.

Unless heavily outnumbering the foe, they receive a beating while also endangering the safety of non-violent fellow protesters.

Bleating afterwards that the police were protecting the fascists merely adds to the embarrassment.

The hardcore racist and fascist groups are mobilising gangs that have considerable experience of organised street violence.

They relish any pretext for physical attacks on their adversaries.

This places the responsibility on anti-racist campaigners, the labour movement and the left to conduct the battle of ideas and to mobilise in working-class communities — including at football grounds — with the utmost care and organisation.

That includes making the necessary preparations for effective stewarding and security, as the likes of comrade Steve Hedley have long understood.