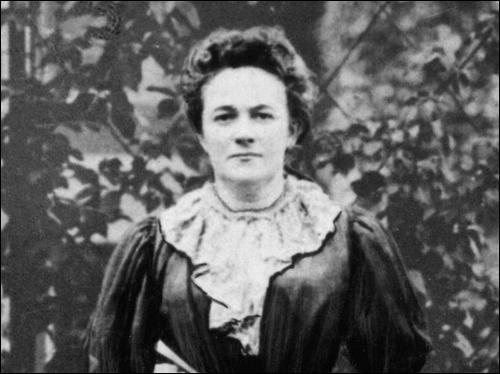 Only in Conjunction With the Proletarian Woman Will Socialism Be Victorious

“The contrast within the family between the husband as proprietor and the wife as non-proprietor became the basis for the economic dependence and the social illegality of the female sex. This social illegality represents, according to Engels, one of the first and oldest forms of class rule. He states: “Within the family, the husband constitutes the bourgeoisie and the wife the proletariat.” Nonetheless, a women’s question in the modern sense of the word did not exist. It was only the capitalist mode of production which created the societal transformation that brought forth the modern women’s question by destroying the old family economic system which provided both livelihood and life’s meaning for the great mass of women during the pre-capitalistic period. We must, however, not transfer to the ancient economic activities of women those concepts (the concepts of futility and pettiness), that we connect with the activities of women in our times. As long as the old type of family still existed, a woman found a meaningful life by productive activity”

“Only a Socialist society will solve the conflict that is nowadays produced by the professional activity of women. Once the family as an economic unit will vanish and its place will be taken by the family as a moral unit, the woman will become an equally entitled, equally creative, equally goal-oriented, forward-stepping companion of her husband”

A Charter for Women