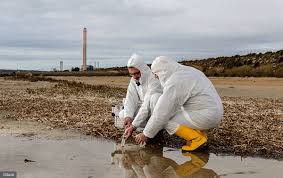 While world leaders argue over the abject failure to achieve any noticeable reduction in carbon emissions and British advisers propose that (God forbid!) the government might actually need to “intervene in the market” in order to force minimal change, Foster’s statement cuts to the heart of the matter and lays clear what should be obvious to anyone with the political inclination not to ignore it: the root of the problem is the global economic system.

The fact is that a problem on the scale of global warming can only be solved by unselfish international collaboration, something that seems impossible to envisage, let alone to make real, under our current economic system. It is no surprise that socialist Cuba is the only country to have met its climate change targets ahead of schedule.

Similarly, the only long-term solution to the current furore over fracking is sustainable investment in renewable energy and clean coal technology. This is simply not on the agenda of the energy monopolies or the politicians who dance to their tune in Whitehall. It will need a socialist government, committed to putting the needs of people before the demands of profit, to achieve this.

But it is not just environmental problems that demand a socialist solution. A quick flick through the home pages of today’s paper presents a myriad of problems with our capitalist society.

Capitalism is incapable of running public services properly — just ask the cleaners at Bolton Hospital or the workers and inmates at HMP & YOI Chelmsford. Or look at the rise in sexual assaults on the rail service, at the very time the rail companies are trying to cut safety-critical guards whose job it is to make rail transport safe for all users.

These are not isolated examples. Every day brings a new story of a public service in terminal decline or company laying off workers, whether due to financial mismanagement or just because they think they can make a bit of extra profit.

Neither are they aberrations in the system. Their central failings relate directly to the profit-motive, the fundamental driver of capitalist society. They are simply expressions of the logic of capitalism.

It is in this context that this paper is proud to openly proclaim its socialist principles. We do believe that the environmental crisis can only be solved by people working together for the benefit of human society as a whole.

We do believe that the fundamental problems of our society can only be resolved when resources are collectively owned and used in a planned way for the benefit of all.

And we do believe that, by ending the exploitation of one human being by another, we can create the conditions under which all can flourish.

There has been a resurgence of socialist politics, in the trade union movement and in the Labour Party under Jeremy Corbyn’s leadership.

It is now essential that those political views are deepened and that activists new to the movement are given the opportunity to discuss and to understand the fundamental ideas of socialism.

There have been a number of positive moves in this direction, through initiatives such as The World Transformed and the establishment of the Ella Baker School of Transformative Organising, and in particular through the work of the Marx Memorial Library (MML).

However, we need to ensure these ideas reach a wider audience. That is why we are pleased to have collaborated over recent months with the MML in publishing the Full Marx political education series.

It is the job of all of us, as socialists, to take these ideas out into the movement, to not only read but to promote the paper and its socialist ideas to a new generation of activists.

So make a commitment today, whether individually or through your union, to help us reach a wider audience and to build the socialist future which we do desperately need.

This article appeared in The Morning Star Friday 12th October 2018.